How Is Child Custody Decided in Texas?

When you’re thinking of divorce and you have children, the hardest thing to contemplate is what happens to the kids. In the state of Texas, courts determine what the post-divorce child custody arrangements will be. The courts prefer that the parents begin the custody determination process through mediation. 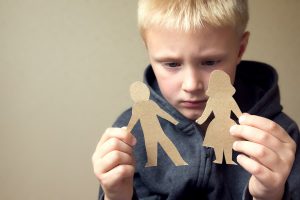 A court will consider many different factors in making the custody determination, which may take the form of either joint custody or sole custody.

Courts in Texas consider two different categories of child custody. These are “possession and access” and “conservatorship.” Possession and access is essentially a schedule of visitation or physical custody of the child. This determines when each parent will have time with the child. Conservatorship refers to the rights and duties to make decisions for the child as the parent. This includes decisions for major decisions, such as medical treatment and where the child will attend school.

The court determines possession and access on a temporary basis (by court order or by agreement while the divorce is pending) and on a permanent basis (in the final divorce decree). In some cases, the court may order supervised visitation if one of the parents is able to prove that there is a risk to the child’s well-being, either physically or emotionally.

Similar to possession and access, the court determines the rights and duties of conservatorship by considering what it determines to be in the child’s best interest. This may take the form of a joint arrangement between both parents or a sole conservatorship where one parent will make all of the decisions regarding the child.

When the court considers the child’s best interest, the court will not specifically favor either parent based on their gender or role as father or mother. The court will instead base this determination on its examination of many different factors, which may include:

The court may determine that one parent must pay child support to the other parent if that parent is awarded possession and access the greater percentage of the time. It may also relate to this parent being the one whose home is the child’s primary residence. While child support may be awarded by the court, whether or not child support is paid does not affect either parent’s visitation rights.

A divorce that involves one or more children requires a parenting plan that specifically describes the rights and duties that each parent will have. In addition to the factors previously mentioned, these may also include child support requirements and which parent is responsible for providing health insurance for the child.

Once the court determines child custody, modifications may be made based on several factors. Generally, one or both of the parents must prove that the modification is in the child’s best interest and that the circumstances around the existing custody arrangement have changed significantly.

Determination of child custody in Texas is a complex process that involves a large number of different factors and considerations. The role of the court is significant in its determination of what it considers to be in the child’s best interest.

If you or someone you know is going through a divorce with children, you need an experienced attorney to advocate for your family and ensure your child’s best interest is legally preserved. Call BB Law Group PLLC today to discuss your options for child custody with one of our expert divorce lawyers who will fight for your family so you can move on with your life after the divorce. Don’t wait. Call us at (832) 534-2589 now.

Don't change! You made it possible for this family to understand where we stood and how to work towards the best outcome.